Department for Environment Food & Rural Affairs (DEFRA) Minister Lord Gardiner made a keynote speech at the first business meeting of the All-Party Parliamentary Group on Cats (APGOCATS) last week at Westminster, setting out a vision for tackling cat welfare issues and promoting the positive contribution cats make to society.

APGOCATS is the first Parliamentary group devoted specifically to cats and is made up of MPs and Peers. It is supported by two of the UK’s leading animal welfare charities – Battersea Dogs & Cats Home and Cats Protection.

At the meeting, Lord Gardiner congratulated the group on creating a voice for cat welfare at Westminster. He reaffirmed the Government’s commitment to ensuring high welfare standards for cats and all other animals and spoke about the importance of responsible cat ownership.

APGOCATS outlined their plans for the year ahead which will focus on developing animal welfare policies with cats in mind. There was support within the group to explore how cat ownership can benefit human wellbeing and tackle issues such as social isolation.

Animal Welfare Minister Lord Gardiner said: “This Government is committed to improving the welfare of all animals.”

“To help deliver this ambition, we have enhanced the Code of Practice for cats to provide better protection. We have also completed a Call for Evidence about commercial third-party sale of puppies and kittens and are currently considering the responses.

“Given these animals give so much to us, it is important that we give back to them by ensuring they have the highest welfare standards possible.”

APGOCATS also plans to champion cat-related issues such as the importance of education around neutering and microchipping owned cats.

APGOCATS Co-Chair, Steve Reed MP, said: “Cats are beloved pets in millions of homes across the UK, yet they are often forgotten in making public policy.

“Tackling issues like cruelty to cats, genetic problems in breeding and highlighting the benefits cats can bring to their owners now has cross-party support; and it’s to be welcomed that cats now have a unique voice in Parliament through APGOCATS.” 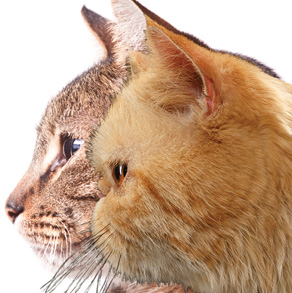 The basic design of the domestic cat is fundamentally sound. As da Vinci said, ‘The smallest feline is a masterpiece.’ It’s a design that evolved through functionality – cats needed to hunt, kill prey, in turn avoid being killed by predators, reproduce and lead a vigorous athletic life. The result is a fit, elegant, lithe animal that should, if fed and housed properly (and neutered), have few health issues and live a long life. The non-pedigree cat the world over looks remarkably consistent in size and shape, all with hair, upright ears and a tail.

Of course humans like variety and something different, so we have created cat breeds, just as we have dog breeds, although cat breeds have not been developed for specific functions as dog breeds did originally.

The problems associated with flat faced pedigree dogs, such as the pug and French bulldog, have become more recognised and more publicised recently. The cat world has its own version of pugs and bulldogs – the Persian and Exotic breeds (an Exotic is basically a short-haired Persian with the same body conformation). The change in the shape of the skull results in obstruction of the system in which tears keep the eye lubricated and drain away through the tear ducts. The result is that the tears stream down the front of their face causing staining and skin problems. These cats often have excessive folds of skin on their faces which can lead to bacterial and or fungal disease and these folds can rub against the eye as well. Jaw shape can affect the cat’s ability to pick up food and teeth grow through at strange angles so they may not be able to eat properly and food may accumulate between the teeth. The facial conformation changes that result in problems in dogs are present in brachycephalic cats too, such as, pinched or narrow nostrils and nasal cavities, which result in noisy breathing, and breathing that may stop and start during sleep. Lastly the reduced skull size results in the brain being squashed and may result in neurological problems.

While there may be an argument that some brachycephalic cats do not have such short faces as others, there is no excuse not to condemn breeding of the Scottish Fold – osteochondrodysplasia (disorder of the development of bone and cartilage) not only results in the abnormal forward folding of the cat’s ears which give it that cute, baby face that people desire, but it also affects cartilage throughout the body, meaning that these cats develop painful arthritis for much, if not all of their lives.

The Manx cat we can all recognise is also prone to spina bifida and associated complications which may be irreparable or require surgical intervention.

At present there are fewer problems in cats than in dogs, but some which need urgent attention. Let’s work on these and also prevent any more from occurring. 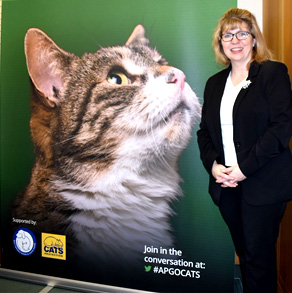